Lewa Wildlife Conservancy – Kenya  Situated in northern Kenya, Lewa started as a cattle ranch for the Craig/Douglas family in 1924. In1983 David and Delia Craig gave 5,000 acres of their ranch over to become the Ngare Sergoi Rhino Sanctuary in a partnership with Anna Merz. The programme was so successful that in 1995 the Craig family gave their entire ranch over to conservation and formed the non-Profit Lewa Wildlife Conservancy. Situated in the foothills of Mount Kenya, Lewa is today a 62,000 acre private reserve with terrain consisting of forest, savannah grasslands, swamps and semi-desert. The perimeter is almost entirely fenced, for security, but gaps are left in the fences to allow for the movement of the animals. Thanks to the conservation efforts, Lewa is home to the highest concentration of rhino in East Africa. Lewa also protects the endangered Grey’s zebra and the rare Sitatunga (swamp dwelling antelope). Otherwildlife include lion, leopard, elephant, cheetahs and over 440 species of birds. The range of activities on Lewa is vast with everything from game walks, day and night drives, bush picnics, horseback riding, camel treks and flights in a biplane on offer. For booking contact Greeb Hills Ecotours: +250 788219495 or ecotours@gmx.com   Laikipia Game Sanctuary – Kenya The Laikipia region is located to the north-west of Mount Kenya, in the Rift Valley province and has been formed from the conglomeration of private and communal landowners. It is in the central highlands and has wide range of landscapes from open grasslands dotted with kopjes, to basalt hills and dense cedar forests. Due to conservation efforts by the local landowners, the area has become a sanctuary for game and is home to come of Kenya’s most endangered animals such as Black Rhino, Grevy’s zebra and reticulated giraffe.On the whole the game here is very plentiful and probably second only to the Mara in terms of density. The lodges in this area are mostly at the higher end and make the most of not being restricted by National Park rules to offer a wide variety of activities, such as camel safaris, horse riding and mountain biking.For more detail information and booking contact Greeb Hills Ecotours: +250 788219495 or ecotours@gmx.com   Meru National Park – Kenya Meru is located in central Kenya, 320 km north-east of Nairobi and is one of the lesser visited parks in Kenya. Terrain is riverine forest, savannahs with long grass and lush swamps. The wildlife is present but due to a high rainfall vegetation is dense, so it’s harder to spot than in other parks/reserves.Thepark has diverse eco-systems, the western half gets the majority of the rainfall, but the eastern half is generally dry and can be extremely hot. This is a specialist park for those that want to taste real Africa and are willing to get that from the stunning scenery and feel rather than on animals or culture alone.For more detail information and booking contact Greeb Hills Ecotours: +250 788219495 or ecotours@gmx.com   Samburu National Reserve – ... END_OF_DOCUMENT_TOKEN_TO_BE_REPLACED 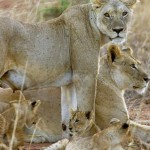 Tsavo National Park, national park, southeastern Kenya, east of Mount Kilimanjaro. The largest (8,036 square miles [22,000km²]) of Kenya’s national parks, it was established in 1948.                   Tsavo is the largest national park in Kenya and one of the largest in the world. Indeed, its size has led to the park being split into two sections – Tsavo West and Tsavo East – for ... END_OF_DOCUMENT_TOKEN_TO_BE_REPLACED 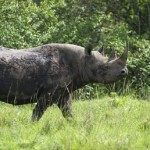 The Aberdares is an isolated volcanic range that forms the eastern wall of the rift valley, running roughly 100 km north-south between Nairobi and Thomson’s Falls. Soils are red and of volcanic origin, but rich in organic matter. There are two main peaks, OlDonyoLesatima (3,999 metres) and Kinangop (3,906 metres) separated by a long saddle of Alpine moorland at over ... END_OF_DOCUMENT_TOKEN_TO_BE_REPLACED 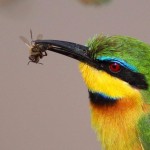 Nairobi National Park is unique by being the only protected area in the world with a variety of animals and birds close to a capital city. The park is a principal attraction for visitors to Nairobi. The park also serves many residents and citizens living in the city. It has a diversity of environments with characteristic fauna and flora. Open ... END_OF_DOCUMENT_TOKEN_TO_BE_REPLACED

Mount Kenya National Park At 5,199m, with 2800 sq.kmis located to the east of the Great Rift Valley, about 175km North-East of Nairobi.  The ecosystem lies in Central and Eastern provinces of Kenya. Mt. Kenya is Africa’s second highest peak. Mount Kenya is a UNESCO World Heritage site and seat of the Kikuyu God, Ngai. The Reserve is home to rare species ... END_OF_DOCUMENT_TOKEN_TO_BE_REPLACED 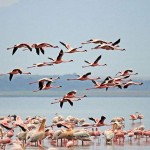 Lake Nakuru is a shallow strongly alkaline lake set in a picturesque landscape of surrounding woodland and grassland. The landscape includes areas of marsh and grasslands alternating with rocky cliffs and outcrops, stretches of acacia woodland and rocky hillsides covered with a Euphorbia forest.  The lake’s catchment is bounded by Menengai crater to the north, the Bahati hills to the ... END_OF_DOCUMENT_TOKEN_TO_BE_REPLACED

Amboseli is home to the “Big Five“ along with cheetah, hyena, giraffe, zebra, wildebeest, hippo and much more. Amboselilies immediately north-west of Mount Kilimanjaro, on the border with Tanzania. The Park covers 392 square km, and forms part of the much larger 3,000 square km Amboseli ecosystem. Large concentrations of wildlife occur here in the dry season, making Amboseli a ... END_OF_DOCUMENT_TOKEN_TO_BE_REPLACED 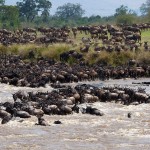 Home of the Great Wildebeest Migration Maasai Mara (Masai Mara) is situated in south-west Kenya and is one of Africa’s Greatest Wildlife Reserves. Together with the Serengeti National Park in Tanzania it forms Africa’s most diverse, incredible and most spectacular eco-systems and possibly the world’s top safari big game viewing eco-system. Made famous by the abundance of the big cats, Lion, Leopard, ... END_OF_DOCUMENT_TOKEN_TO_BE_REPLACED