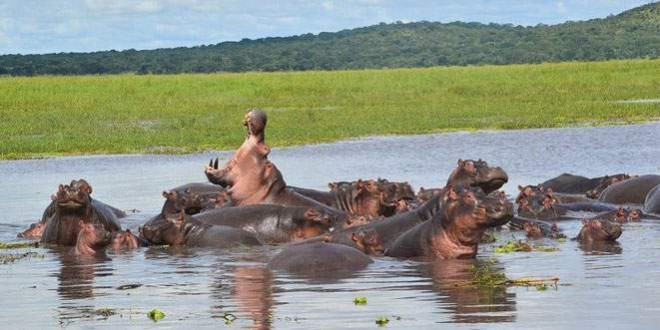 The Burundian drummers known as Abatimbo in Kirundi play the sacred drums, which are an integral part of the rich Burundian cultural heritage. Enjoy more the creativity of our craftsmen in age-old crafts such as  basketry, pottery, sculpture and painting continue to tell a tale on Burundian traditions and culture that has been handed down through generations.

Moreover, you will enjoy the diversity of our cuisine, whose signature dish has been the unmistakable taste of the mukeke, a unique fish found only in the Lake Tanganyika. Discover the four corners of Burundi! Climb on top of our hills, walk through our rain forests, navigate our lakes and sunbathe on our beaches.

Arrive in Bujumbura and transfer to your hotel. The rest of the day is free to relax after your flight. Overnight Club du Lac Tanganyika or similar.

Bujumbura
Burundi’s capital lies at the northeastern corner of Lake Tanganyika and, with an estimated population of 800,000, is Burundi’s largest city and its administrative, communications, and economic centre. It is also Burundi’s main port and ships most of the country’s chief export, coffee, as well as cotton, skins, and tin ore. Bujumbura grew from a small village after it became a military post in German East Africa in 1889. After World War I it was made the administrative centre of the Belgian League of Nations mandate of Ruanda-Urundi. The city’s name was changed from Usumbura to Bujumbura when Burundi became independent in 1962 . The city centre is a colonial town with a large market, the national stadium, a large mosque, and the cathedral for the Archdiocese of Bujumbura.

Day 2 – Bujumbura City Tour
Spend today exploring this intriguing African capital, learning about its history both before and after colonialism and some of the problems that the country has faced. Later we take a tour through the suburb of Kinama, led by local women who can offer a very personal introduction to Burundi. Overnight Club du Lac Tanganyika or similar. (BL)

Day 3 – Rusizi National Park – Ijenda
Drive to Rusizi National Park, an area of wetlands that is home to hippos, sitatungas and a wide variety of birds. We take a boat trip on the Rusizi River and Lake Tanganyika as well as visiting a nearby fishing village. Later we head to the tea plantations of Ijenda to see how tea is grown in Burundi. Overnight Club du Lac Tanganyika or similar. (BL)

Rusizi National Park
Not far from Bujumubura itself, Rusizi National Park is centred around the Rusizi River and as such is home to a number of wetland species, hippos and sitatunga included. Part of the park is made up of the channels and islands of the Rusizi delta as it flows into Lake Tanganyika. Set aside as a protected area of 9000 hectares in 1980, today the park consists of less than 6000 hectares due to population pressures in adjacent areas.

Day 4 – Rumonge – Resha
We head to Resha, stopping first at ‘La Pierre de Stanley et Livingstone’, reputedly the site where the famous Dr David Livingstone and explorer Henry Stanley first met. At Rumonge we see how palm oil is made before continuing on to Resha for the night. Overnight Tanganyika Blue Bay or similar. (BL)

Day 5 – Lake Tanganyika – Rutana
Explore Lake Tanganyika by boat and then continue on to visit the southernmost source of the Nile near Rutana, only discovered in 1937. Overnight Tanganyika Blue Bay or similar. (BL)

Lake Tanganyika
Part of the Rift Valley lake system, Lake Tanganyika is the longest freshwater lake in the world (420 miles) and extends into Burundi, Tanzania, Zambia and the Democratic Republic of Congo. Numerous rivers flow into the lake, including the Rusizi, and in turn it flows outwards into the Lukuga which forms part of the Congo Basin. It is home to around 400 different species of fish including many cichlid species which are found only here. It was first ‘discovered’ by the explorers Burton and Speke in 1858 during their search for the source of the Nile, and saw action during World War I when British and German forces engaged in gunboat battles on the lake.

Day 6 – Nyakuza – Kalera – Gitega
Visit the ‘Gorge of the Germans’ at Nyakuza before heading to the ‘Chutes de la Kalera’, an impressive set of waterfalls locally renowned for having healing powers. Afterwards drive to the town of Gitega. Overnight Tamotel or similar. (BL)

Day 7 – Gitega – Kirundo
Visit the National Museum with its collection of artefacts and witness a performance from the world famous Burundian drummers on the royal hill of Gishora – an extraordinary sight. We then transfer to Kirundo for the night. Overnight Rama Hotel or similar. (BL)

Day 8 – Kirundo – Bujumbura
Take a sunrise trip by dugout canoe on the Lacs des Oiseaux in Lake Rwihinda National Reserve. After a picnic lunch we drive back to Bujumbura for your onward flight. (BL)

Please note: It is also possible to make an extension into the Democratic Republic of Congo to Kahuzi-Biega National Park to track Grauer’s gorillas – please contact us if you are interested in this option.