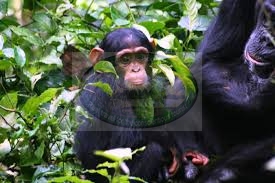 Kibale National Park is home to a vast number of species of birds as well as the greatest variety and concentration of primates found anywhere in East Africa; 13 remarkable primate species, including L’Hoests and red colobus monkeys flourish within the park. Add to this the the fact that the elusive forest elephant move seasonally through the forest and you can see why Kibale National Park is a superb safari destination. The park itself is easily accessible with a good internal infrastructure; many of the facilities are community based, thus providing the local population with the necessary revenue to ensure the long-term protection of the area.

As the most accessible of Uganda’s major rainforests, Kibale is a home for over 13 remarkable primate species, including L’Hoest’s and red colobus monkey. The elusive forest elephant, smaller and hairier move seasonally into the developed part of the park.

Kibale National Park contains one of the loveliest and most varied tracts of tropical forest in Uganda. Forest cover, interspersed with patches of grassland and swamp, dominates the northern and central parts of the park on an elevated plateau.

The Kibale-Fort Portal area is one of Uganda’s most rewarding destinations to explore. The park lies close to the tranquil Ndali-Kasenda crater area and within half a day’s drive of the Queen Elizabeth, Rwenzori Mountains and Semuliki National Parks, as well as the Toro-Semliki Wildlife Reserve.

With a Size of: 795km2 situated In the west of Uganda near Fort Portal, Kibale is highest at the park’s northern tip, which stands 1,590m above sea level.The lowest point is 1,100m on the floor of the Albertine Rift Valley to the south.

351 tree species have been recorded in the park, some rise to over 55m and are over 200 years old.

Kibale is one of Africa’s foremost research sites. While many researchers focus on the chimpanzees and other primates found in the park, others are investigating Kibale’s ecosystems, wild pigs and fish species, among other topics.

Green Hills Ecotoursorganizes trips to Kibale any time during the year. For more information and reservation please contact: ecotours@gmx.com