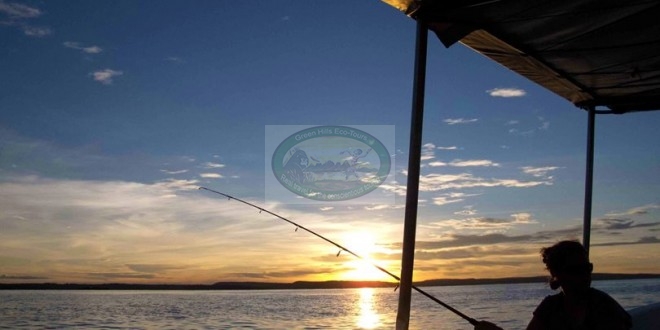 The largest island national park in the whole of Africa, Rubondo Island is found in Lake Victoria (the largest lake in Africa!).  80% of the island is covered in thick dense tropical forest, and it’s become a haven for a variety of wildlife. With bird species numbering over 200,elephant and giraffe roaming the forests, sitatunga antelope hiding in the papyrus swamps and crocodile and hippo filling the lake, bushbucks, velvet monkeys, genet cats, spotted necked otters, black and white colubus monkeys, suni and African grey parrots, this island has become a wild safari destination –  The park is famous by holding a variety of migratory birds from different parts of the world and some birds native to the area are in Emin Pasha Gulf with the African fish eagles distinctly appreciated.

Rubondo Island National Park was gazetted in 1977. It is an important breeding ground for both migratory birds and fish species (especially Tilapia and Nile perch) as for a long time it stood to be the only area in the waters of Lake Victoria which was well protected and preserved. The park has 456.8 km2 of which 236.8 km2 is dry land and 220 km2 is water comprising of 11 small islets of varying sizes.

Rubondo park is located on the south-western corner of Lake Victoria in Geita region about 150 km (95 miles) west of Mwanza city. The Lake (Victoria) is the second largest lake in the world. The Lake is also the source of the longest river in the world, River Nile.

With Green Hills Ecotours you will have a truly fantastic wildlife and nature experience of a Lifetime. We are deeply committed to ensuring that your vacation dreams become a reality.      Contact us: ecotours@gmx.com