MEET THE MASAI PEOPLE IN TANZANIA 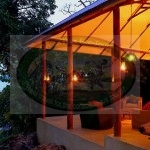 Tanzania Beaches – East Africa The Indian Ocean on the shores of East Africa is clear, fresh and sparkling, the coral sands of the islands are soft, white and powdery, the marine life and coral reefs are thriving. In short, these are fabulous beaches… and a perfect itinerary combination after dusty, inland adventuring on safari.   This glorious Swahili coastline has ... END_OF_DOCUMENT_TOKEN_TO_BE_REPLACED

SELOUS GAME RESERVE  Located in southern Tanzania, the Selous Game Reserve is Africa’s largest game reserve, measuring 50,000 km2 and is relatively undisturbed by human impact. The park has a variety of vegetation zones, ranging from dense thickets to open wooded grasslands. It’s much quieter than the Northern parks. The rivers and lakes of the Selous are the lifeblood to a park that hosts phenomenal volumes of game including Africa’s largest elephant and wild dog populations and probably its largest buffalo, hippo, crocodile and lion prides. The Selous wildlife is all the more interesting as it attracts both east and southern African wildlife, both resident and migratory, and over 440 known species of birds. Lion are particularly strong here and there are large numbers of leopard. The park is home to over 50% of the endangered African wild dog left on the continent and also hosts very good buffalo, giraffe, eland, hyena, sable, hippo, crocodile, kudu, baboon, wildebeest, zebra, impala, hartebeest, colobus and vervet monkeys along with over 450 species of bird Join Green Hills Ecotours for your Tanzania safaris & Beach Holiday and get the Real African Experience, For booking contact Greeb Hills Ecotours: +250 788219495 or ecotours@gmx.com END_OF_DOCUMENT_TOKEN_TO_BE_REPLACED

LOLIONDO GAME CONTROLLED AREA  The Serengeti eco-system is much larger than the Serengeti National Park itself as it includes the game controlled areas bordering the National Park. Bordering the Serengeti to the east is the large Loliondo Game Controlled Area. This area is known for its Maasai culture, its spectacular natural beauty and for its variety of animals. The Loliondo land offers unique freedom of movement to undertake adventurous activities such as night drives and walking safaris. END_OF_DOCUMENT_TOKEN_TO_BE_REPLACED

Isolated, untrammeled and seldom visited, Katavi is a true wilderness, providing the few intrepid souls who make it there with a thrilling taste of Africa as it must have been a century ago. Tanzania’s third largest national park, it lies in the remote southwest of the country, within a truncated arm of the Rift Valley that terminates in the shallow, brooding expanse of Lake Rukwa. Katavi National Park is the heart of one of the biggest and richest wildlife areas in Tanzania, the Katavi-Rukwa ecosystem. It encompasses the second largest wildlife population of Tanzania (after the bigger national parks of Serengeti and Ruaha). It is during the dry season, when the floodwaters retreat, that Katavi truly comes into its own. The Katuma, reduced to a shallow, muddy trickle, forms the only source of drinking water for miles around, and the flanking floodplains support game concentrations that defy belief. An estimated 4,000 elephants might converge on the area, together with several herds of 1,000-plus buffalo, while an abundance of giraffe, zebra, impala and reedbuck provide easy pickings for the numerous lion prides and spotted hyena clans whose territories converge on the floodplains. END_OF_DOCUMENT_TOKEN_TO_BE_REPLACED 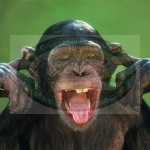 Gombe Stream National Park – Tanzania Gombe is the smallest of Tanzania’s national parks: a fragile strip of chimpanzee habitat straddling the steep slopes and river valleys that hem in the sandy northern shore of Lake Tanganyika.The terrain is distinguished by steep valleys,  and the forest vegetation ranges from grassland to  alpine bamboo to tropical rainforest.                                       Accessible only by boat, the park is most famous as the location where Jane Goodall pioneered her behavioral research conducted on the chimpanzee populations.   Gombe Stream’s high levels of diversity make it an increasingly popular tourist destination.Besides chimpanzees, primates inhabiting Gombe Stream include beachcomber olive baboons,                       ... END_OF_DOCUMENT_TOKEN_TO_BE_REPLACED 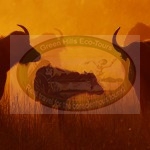 Tarangire National Park – Tanzania Day after day of cloudless skies. The fierce sun sucks the moisture from the landscape, baking the earth a dusty red, the withered grass as brittle as straw. The Tarangire River has shrivelled to a shadow of its wet season self. But it is choked with wildlife. Thirsty nomads have wandered hundreds of parched kilometres ... END_OF_DOCUMENT_TOKEN_TO_BE_REPLACED

Ruaha national park is a wilderness area which combines game viewing and a fascinating landscape.             The park is rich in plants and animals such as Greater Kudu which cannot be found in any other national park.   The park boasts an almost untouched and unexplored ecosystem, making visitors’ safari experience very unique. The Great Ruaha River, as well as the Mwagusi, Jongomero and Mzombe Rivers, are the life line of the park.           During dry season, these rivers become the main source of water for wildlife.  Waterbuck, impala and the world’s most southerly Grant’s gazelle risk their lives for a sip of water – the shores of the Ruaha  are a permanent hunting ground for lion, leopard, cheetah, jackal, hyena and the rare and endangered African wild dog.  The water is also important habitat for hippopotamus, fish and crocodiles. END_OF_DOCUMENT_TOKEN_TO_BE_REPLACED 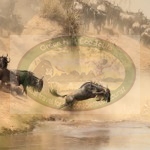 The Serengeti is Africa’s most famous park. Renowned for over a million strong wildebeest ‘Great Migration’ and incredible concentrations of predators, the Serengeti is a park that guarantees an exceptional safari. The vast endless grass plains (Serengeti in Maasai) are the richest grazing grounds on the continent; home to the largest herds on the planet, and the highest concentrations of ... END_OF_DOCUMENT_TOKEN_TO_BE_REPLACED